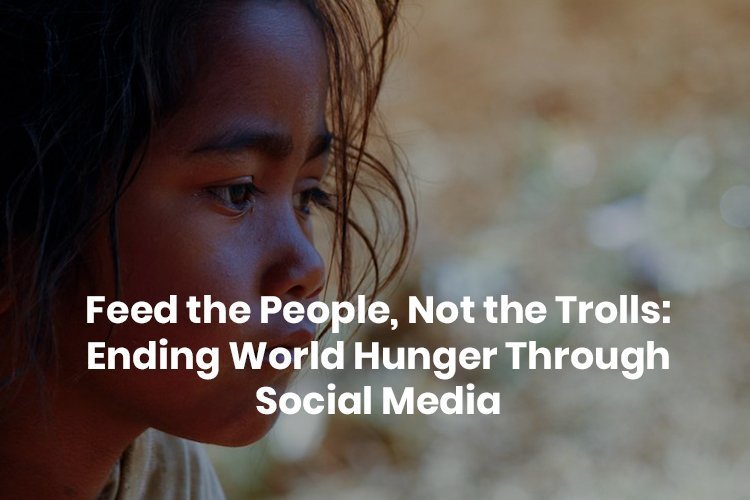 About 795 million people all over the world or one-ninth of the world’s population do not have enough food to eat. Closer home, in the U.S., about 41.2 million Americans including 12.9 million children go hungry. While these are bleak statistics, they raise some tough questions.

With the world’s abundant resources there should be enough food to go round. So why do we still have so many hungry people despite all the various interventions?

While eradicating hunger worldwide is a daunting task, it is not altogether an impossible one. This mission is one of the 17 Global Goals for Sustainable Development that the world leaders gathered as one to agree to accomplish by 2030.

This global task to achieve “Zero Hunger” is ambitious, but with the proper investment and innovation, it can be done.

Over the years, there have been so many initiatives in ending world hunger. One of such movements – the Hunger Project – organizes an annual World Hunger Day. At their last event earlier in May, to raise awareness of the global scale of hunger, they ran a series of campaigns to raise funds for hunger relief.

A lot of charities promoted the initiative by tweeting, sharing and posting pictures of their meals on Instagram and Facebook.

But can social media be a useful tool to drive social change?

With the increasing use of social media as a tool for sensitizations, creating awareness and campaigns, how can it be used to tackle this global menace?

Can tweets, and retweets, likes, and hashtags put food on every table?

Social media has been a vital part of the fight against societal ills including hunger in recent times. With the scale of the global hunger challenge, social media promises to create real changes.

But how can we go beyond collecting ‘likes’ and retweets?

Social media can be regarded as an enabler of sorts when it comes to creating social changes. For the change to happen, however, there has to be a shift from involvement in the virtual space to participate in the physical space.

Therefore, for a social media campaign to gain traction there has to be actions that go beyond low-effort/ low-cost methods of engaging such as clicking “share” or “like.”

That is not to deny the importance of this low-cost action in spreading information that can possibly lead to change. But the real change happens when there is action in the physical space – more significant actions like donating, volunteering, rallies, etc.

These are the methods of engagement with issues that result in substantial change. But to get to that point in the process, the low-cost engagements need to happen first. Thus, both methods are crucial for making tangible impacts.

But what is the best way to use social media to create meaningful impact? Can it help with the fight against global hunger?

The way news and information is disseminated today has been disrupted entirely by social media. Roughly 62 percent of people get their news from Twitter, Facebook, and Instagram.

Nothing illustrates the power of social media to shape opinions than the election of Donald Trump. There’s been a great upheaval in the manner information is spread as a result of the pervasive nature of social media where misinformation and fake news are predominant.

Another prominent instance of how social media helped cause real-world impact is the recent conversations around racism. The controversial Stand Your Ground law which was a fallout of the death of Trayvon Martin started quietly as social sharing but soon snowballed to high-level engagement.

There were active protests and rallies with people wearing hooded sweatshirts and determined efforts to change the prejudice in the law enforcement system.

With the power of social media to mobilize en masse, there’s been a lot of effective interventions from organizations and big brands which continue to yield results in the fight against hunger. Some of the more notable include: 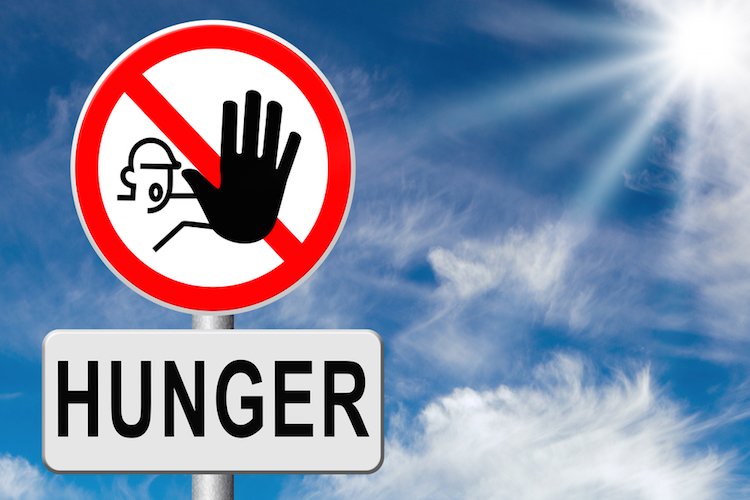 So as an individual, can you replicate these efforts with social media and play a leading role in the fight against world hunger?

There is no particular way to go about this. However, some guidelines can help you make the needed impact.

Let’s look at some creative ideas that employ this powerful social media tool to fight and hopefully end world hunger:

Hashtags are powerful Twitter tools which can multiply your small efforts by making them visible to a large number of people.

Create hashtags with your subject topic in a catchy way. The hashtags are usually found by people with similar interests.

Regularly tweet chat about what you and your organization are doing to tackle hunger in your own unique way. Ensure to engage with the users who join in the conversation.

Design a Snapchat filter for a local hunger drive.

Snapchat is a favorite among the younger demographic. You can use it to show teens that their influence can be put to good use and not just for sharing filters with funny dog ears.

Organize a food drive, or charitable fundraiser and design a custom Snapchat Geofilter that will link to your sites on the days of the event. This will let kids know that their efforts matter and they can motivate other young people to get involved.

Organize a virtual food drive as a Facebook event.

Non-profit organizations such as No Kid Hungry and local food banks can get food at below-wholesale costs. Thus, you can leverage on this and raise money for them.

This fundraising can feed far more in-need people than your local food donation drive can. For example, as little as a $20 donation to No Kid Hungry can feed over 200 people!

You can create a Facebook event for an online food drive fundraiser and invite your considerable following to participate and donate. Facebook event invitations are more effective in drawing attention than regular Facebook page posts. And they are also easy to join in. 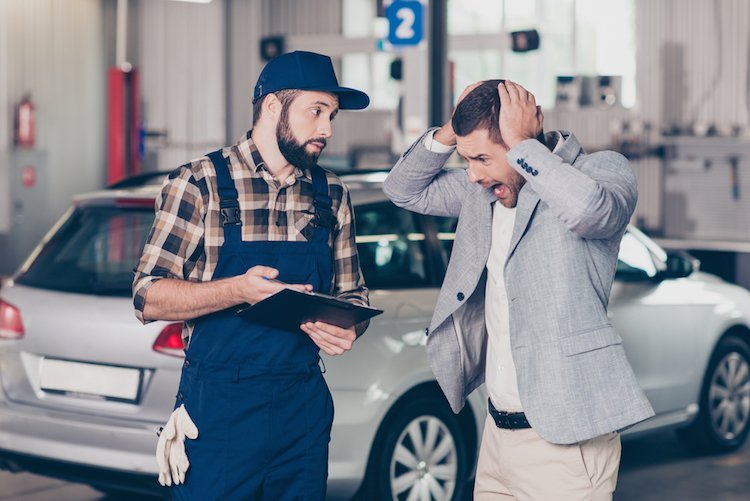 How Can You Tell if Your Auto Mechanic is Pulling a Fast One on You? 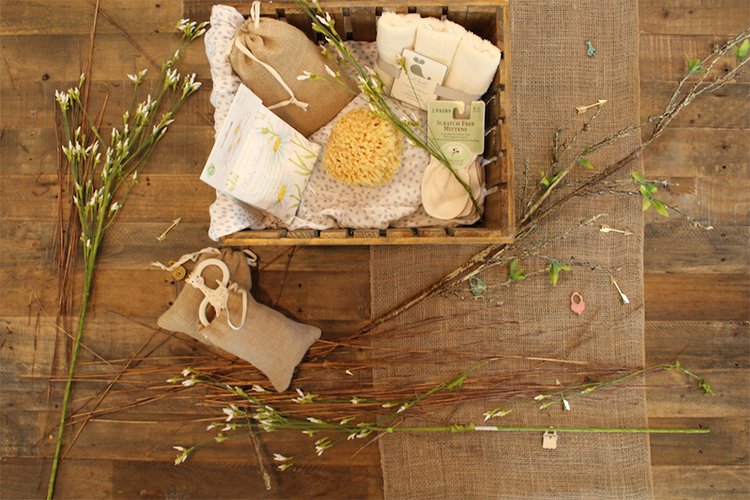 Gift Giving: How Much Should You Spend on Gifts? (Birthdays, Weddings, Christmas) 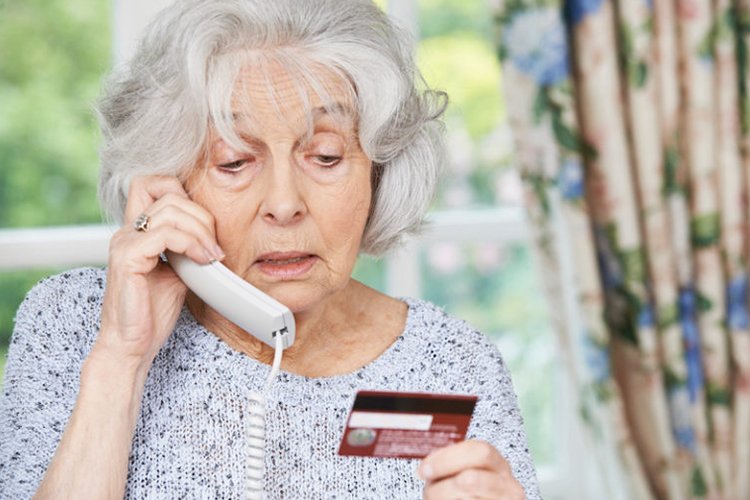 Grandparent Scam: How it Works and How to Fight