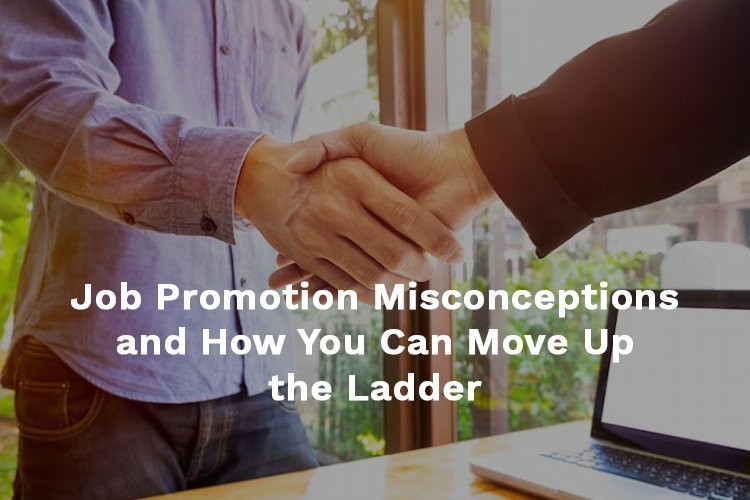 To move up the ladder is a common goal for most people. Not only does it mark a certain level of success in your chosen field, but a job promotion can also open up more opportunities as you rise in the ranks. Plus, the extra pay doesn’t hurt either.

Contrary to many self-help books, webinars, and inspirational speakers out there, there isn’t a quick and easy way to move forward in your career. There will have to be some effort on your part.

Before we begin to discuss what you can do, though, let’s dispel some of the less than accurate ideas bouncing around out there that should NOT affect whether or not you get a job promotion.

For ages there have been some commonly held ideas about the only way to move up the ladder in a company, some may be based in historical fact, others stem from people imagining what life is like at the “top” with no actual experience to back it up. Most of these will probably sound familiar.

Misconception #1: It’s Not What You Know, But Who You Know.

Even though networking can be a very helpful activity when trying to work your way to the top, it’s not the end all be all of getting promoted. Being able to show your abilities, passion, leadership, drive, and more is going to take you much farther than just schmoozing with the CEO at the company Christmas party.

A manager, supervisor, or exec isn’t going to promote you just because they like you. You’ll still have to prove you can do the job to be taken seriously.

Misconception #2: It’s Better to Play it Safe and Cover Your (Butt) Than Taking Risks

Guys, take heed from these as well, taking risks will help you accomplish your career goals. You will probably have a few failures along the way, but that shouldn’t stop you from continuing to try.

Misconception #3: It’s A Good Old Boys Club, and I’m Not in It

Once upon a time, this particular misconception, well, wasn’t. Fortunately, there have been enough risk takers ahead of us that have changed how things are done. There are always going to be hurdles you have to jump to enjoy success, but that’s also part of what makes reaching your goal so much better.

Misconception #4: You Don’t Get to Have A Balanced Life

OK, yes, this is another idea that not that long ago was more of the rule than the exception. For most of us now, this is not the case. It really depends on what your priorities are.

These days most people higher up the ladder make a point of balancing work, home, and fun and encourage their employees to do the same. If you find yourself in a position that forces you to consistently choose between work and family, what you probably need to do is find another job or change career and not try to get ahead in the one you have now.

Misconception #5: Once You “Make It,” You Can Stop Working as Hard

Crossing the finish line doesn’t mean you’re finished. It just means you’ve entered a different race. You’ll still need to show the same abilities, passion, leadership, and drive you demonstrated when you were working toward your goals.

Anyone can be replaced. If you want to stay at the level you’ve landed on; you will need to continue to earn it. 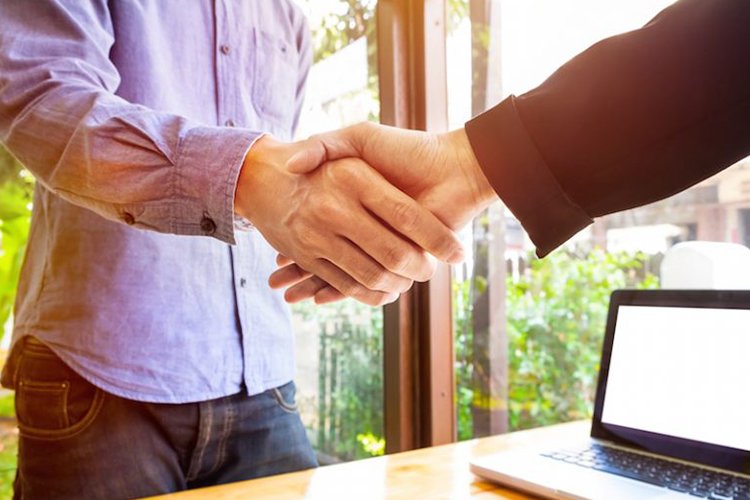 Ways to Move Up the Ladder

Depending on where you work, and what your career field is, specific plans can vary. Here we’ve put together several ideas and actions you can be on the lookout for as you establish and get started on your journey up the ladder.

Talk to Management About Your Goals and Steps You Can Take

One of the fastest ways to get promoted is to get noticed. Sit down with your boss and let them know you are interested in doing more. According to a BusinessInsider.com article, by keeping an open dialogue with your managers about your ambitions and excelling at your goals you’ll be in a prime position for a promotion. More than likely they will be willing to suggest things you can do to help your career. Consequently, they will also be more aware of who you are and what you are doing.

You will get what you want when you stop making excuses on why you don’t have it.
– Unknown

Times change and you need to be ready to change as your company does. If your goal is to move up the ladder, be on the lookout for opportunities to get involved on the ground level of a new direction or project. Take some personal time as needed to update your skills or education in your field or related fields. Staying on top of new trends that you can suggest implementing at work will show that you are focused on helping make the company better.

Very often, as we go through the day to day routine of our work, we start to see areas that could be improved. If you find yourself pondering an idea that could bring in more business or help the company in some other way, don’t be afraid to speak up.

Even if the idea itself gets shot down, the fact that you spoke up will be noticed and demonstrate that you have initiative.

Be Genuine, Open, and Amiable

This one is pretty straightforward. Think of the “bees with honey, not vinegar” saying. If you’re not a pleasant person to be around, you’re less likely to be considered.

No one likes a co-worker who brings down the atmosphere of the office, and they don’t like a boss who is a jerk. When managers look at candidates to move into supervisory roles, you better believe they will be more likely to promote someone who isn’t likely to lower the morale of the office.

When it comes to moving up the ladder of your career, one of the most important things to be aware of is whether or not your being appreciated. If you have worked hard, contributed, and are respected by your peers, but not receiving the advancement opportunities available, take a hard look around.

Determine if it’s just because the company can’t afford it right now, or because you are not being noticed the way you should. If it’s the latter, you may want to consider finding a position that will recognize your work before you have too much time invested. 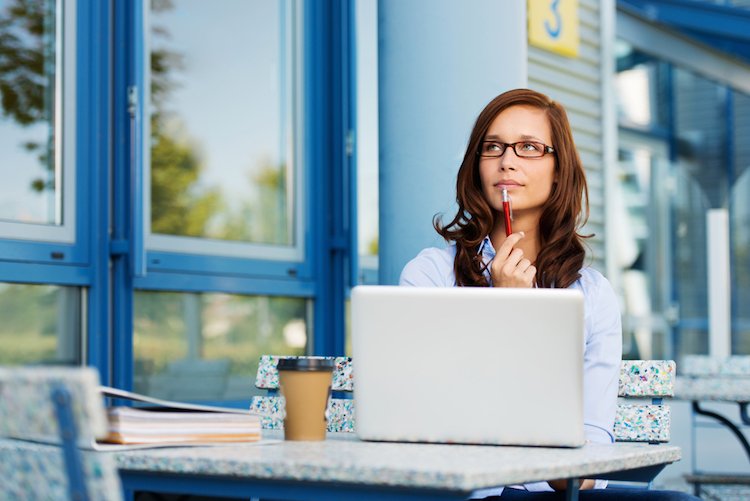 How To Turn A Job Loss Into an Opportunity 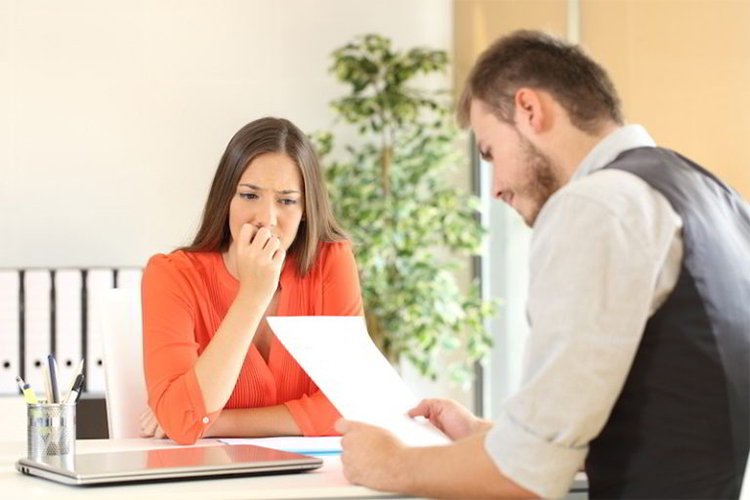 5 Common Job Interview Mistakes You Do Not Want to Make

7 Tips on How to Ask for a Salary Raise: The Dos and Don’ts