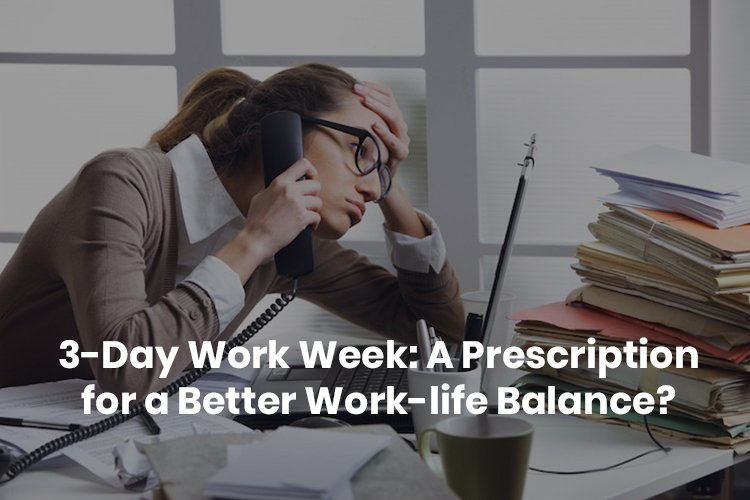 How’s your work-life balance? How would a 3 day work week appeal to you? More time to reconnect with yourself and family?

With all the progress made in technology, it is expected that we would have more leisure time and shorter work weeks. With workplaces adopting technology into their processes, an increasing number of tasks are being automated.

Rather than being a threat to workers, this is expected to reduce their working hours.

Even the renowned economist, Maynard Keynes had, in 1930 predictedthat people may end up eventually working for just 15 hours a week.

So, what then happened?

In this age of automation and smart work productivity tools, offices are still maintaining the old order. Alas, our digital advancement has not set us free as anticipated. Instead, it has ensured we remain tied to our work even when not at work.

The technology that Keynes predicted would bring us more leisure time has rather brought work into our leisure time.

Thanks to the ubiquitous smartphone, high-speed internet, and other devices, the modern worker’s productivity have been on the rise. But these advances come at a price it has allowed work to encroach dangerously into the personal time of the average worker. It’s quite normal for workers to check their email as early as 6.30 am.

Your employer could call you out of hours and consider it acceptable. A staggering number of workers – one in three have reported being in contact with their supervisors, co-workers, and customers outside of normal work hours.

According to the New York-based non-profit, Families and Work Institute, about one-third of workers are frequently overworked.

This leads to depression, increased stress and sleep disorders.

Consequently, the workers made more mistakes on the job and called in sick more often.

Overworked employees not only cost their organization through losses arising from fatigue-induced mistakes. There is also the high cost of treating stress-related ailment like depression.

In recent times, there have been cries from several quarters about the need for a change. Experts claim that working till 8 pm daily is not necessarily a sign of commitment, it could be due to lousy work process or poor time management.

And of course, there are health concerns: more evidence is surfacing about how the present workplace culture negatively affects our health.

You are aware that sitting at your desk for a long time can increase your risk for cardiovascular diseases. What you may not know is that there is a link between long work hours and a decline in cognitive performance.

Researchers in Australia have discovered that working more than 25 hours weekly for middle-aged workers caused a significant reduction in cognitive performance due to stress and fatigue.

The agitation for more flexible and shorter working hours has been championed mostly by workers, until recently. Now there is growing support from the scientific and business community.

Will a 3 day work week work?

For these thought leaders, reducing the work days in a week wouldn’t only improve the quality of life of workers, it will have significant business benefits as well.

One of the more prominent advocates — Carlos Slim, the Mexican telecom tycoon — has called for a total change of our work life, suggesting a three-day work week with 11 hours of work each day and retiring later at 75.

According to Mr. Slim, employees should not have to wait until they retire to enjoy the luxury of having more time. That four days outside of work will help workers blend their personal and professional lives and become more productive. They will pursue new ways of entertaining themselves and occupying their time.

He believed the idea if implemented will make for a happier and healthier workforce and also prove beneficial to the economy and financial markets.?

Another billionaire echoing similar sentiments is no other than the flamboyant British mogul Sir Richard Branson. Sir Branson believes that taking time to have fun is an essential part of any successful business venture.

Never get so busy making a living that you forget to make a life.

He strongly advocates for a three-day work week and exhorts employers to embrace more flexible work arrangements for enhanced productivity. Furthermore, he is certain that technology such as artificial intelligence can be harnessed to enable employees to work fewer hours while being even more effective.

In the UK, Professor John Ashton, president of the UK Faculty of Public Health and a leading physician, proposed a four-day working week to help fight work-related stress and reduce unemployment.

According to the eminent doctor, the standard five-days working week should be pared down to four, to distribute work better. He said the maldistribution of work, that is the situation where some people are overworked, and others don’t even work at all, are equally responsible for health problems in the society. 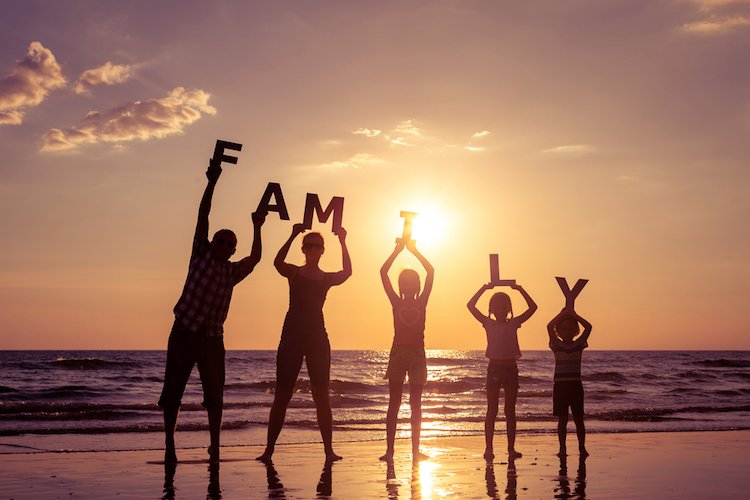 And this is no mere talk: a recent experiment involving care workers showed that nurses who had a 6-hour workday took 50% less sick time than the other nurses in a control group.

They were also 3 times less likely to take time off. Productivity benefited too. The nurses were 20 percent happier and worked with increased zest, enabling them to do 64 percent more with their elderly wards.

In an experiment to cut down rising energy costs, the state of Utah in 2008 declared a four-day working week for state government employees. While the savings in energy weren’t significant, they discovered a surprising benefit – workers took considerable less time off from work.

More evidence suggests that working more than 8 hours a day adds no value. You stop being more productive as you lose focus with tiredness. There is also Parkinson’s Law which states that work like gas- expand into the time allocated for it. This means that if you have 10 hours to do a task that usually would take 5, the task somehow becomes more complicated to take up the whole day.

The workers themselves admit to wasting time in the workplace. A study found that 50 percent of British workers spend only six hours or more working productively on any given day, and a one third admitted to wasting up to three hours a day from an inability to concentrate or from distractions.

While the idea of a 3 day work week may seem impracticable for now, there is increased awareness and efforts to change the work culture to allow for more flexibility in working time.

Some companies allow their staff to work compressed hours, be location independent or any other form of flexible work arrangement.

Compressed hours allow workers to work extended hours four days of the week and be away from work for a day. They can still keep up to speed with activities in the office using technology if need be.

Workers have a right to present such flexible work time arrangement. Their request might stem from the need to spend additional time with their family or to just have an extra day to pursue other activities.

Advocates of such flexible working time arrangement suggest a shift in the way work is appraised, favoring assessing workers output rather than input.

Flexible work allows employees to meet their family needs and other personal obligations. For some workers, commuting to and from work eats up more than two hours of their time daily. Therefore, working from home will enable them to save two hours of time for more productive uses.

They also save gas and wear and tear on their vehicle.

Flexible working time will also allow workers to avoid the stress of commuting during rush hour a one-hour commute by 8 am might be reduced by as much as 40 minutes by 10 am.

Employers are also joining the flexibility bandwagon. While a three-day work week might not become the standard soon, businesses are looking at a flexible working hour as a productivity tool rather than a concession.

Increasingly, businesses are becoming more interested in how flexible working can benefit the company’s bottom line as well as the staff.

While flexible working helps employees arrange their job to fit in with their lives, their employers get major benefits too like reduced overhead since they won’t be spending much on office space.

Flexible working can also cut hiring and training costs by helping employers keep key employees, and recruit experience hands who will maximize their time if they do not have to spend a few hours a day commuting to and from office.

The benefits of flexible working for employers also extends to the improvement of overall staff morale and commitment to the organization.

Talk about commuting, the environment gets to benefit too. Flexible working can reduce the number of people commuting to and from work. This means less number of vehicles on the road and less emission to pollute our lovely green planet.

However, while 54 percent of UK workers have some sort of flexible working arrangement, according to new research from the CIPD (Chartered Institute of Personnel and Development), Timewise’s Flexible Jobs Index reveals that only 11.1 percent of good UK jobs indicate any interest in hiring skilled workers under a flexible working option.

This means that when it comes to hiring skilled workers, employers are chasing away many promising candidates.

There’s still a lot of work to be done in flexible hiring and implementing a three-day work week. Although it might not be possible for every industry, the benefits to both the employer and employee show that it deserves more serious consideration.

What about you? Do you think a 3 day work week should be adopted by the company you’re working for? Can it make employees happier and more productive? 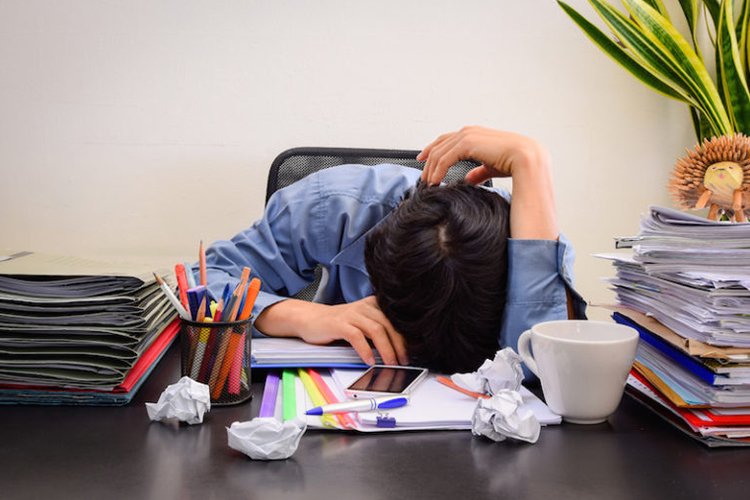 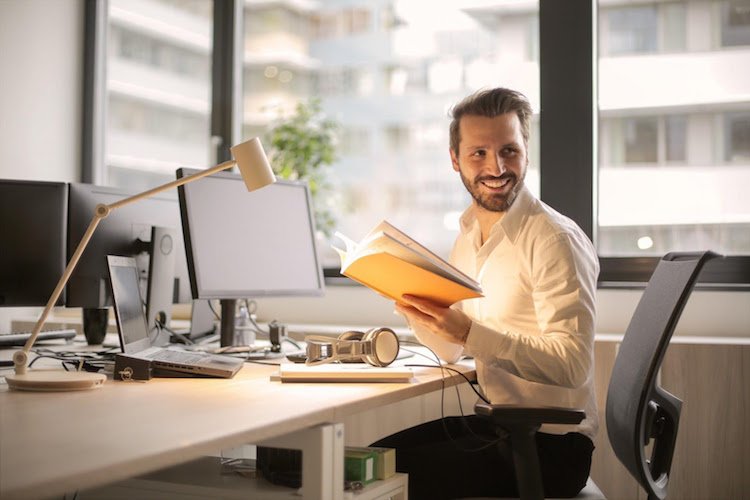 Young Professionals Guide to Preparing for the Future