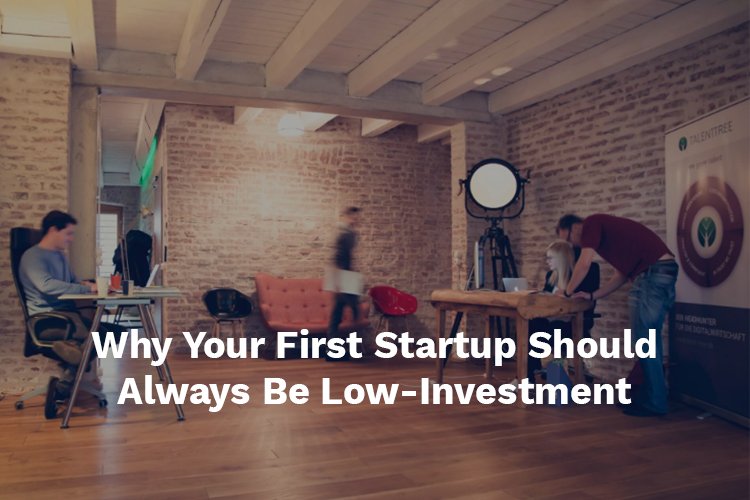 There’s an imperative disjunction that I’ve heard said on numerous occasions, and it’s always interested me how its usefulness varies so dramatically, making it the perfect advice in some instances but terrible advice in others.

Go big or go home. Have you ever been told that? It often comes bundled up with a wide range of motivational slogans.

You only live once. It’s now or never. Encouragement along these lines can be fantastic. Let’s say you’re an Olympic sprinter about to run the most important race of your life. Should you conserve your energy? Hold something back?

You need to go big. It doesn’t matter how exhausted you are afterward. You’re going home regardless. The only important question is this one: Will you go home with a gold medal?

But that’s just one scenario. There are so many more, and most real-world scenarios don’t have that level of dramatic urgency. Imagine instead that you’re a young teen nurturing an interest in sprinting. Maybe one day you’ll make the Olympics, you think.

You imagine the majesty, the glory, and the prize money. Yes: that’s your path, and it starts with your first race.

You step up to the line, imagining that elite sprinter ready to run that fateful race. The whistle blows, all the force you can muster barrels you away from the starting blocks, and you fall flat on your face. Turns out that putting extreme pressure on your legs when you have no sprinting experience and a teen’s muscle density isn’t the best idea.

Alright, sprinting metaphors aside, we’re talking about startups here. The appeal of running your own business is maybe at an all-time high as I write this.

The internet makes it possible for anyone to move into self-employment from home, and working for yourself means you can’t get fired by an indifferent employer during a pandemic. But while creating your first startup is surely going to be exciting, it shouldn’t involve going big – at least, not when it comes to financing.

Your very first startup should be a low-investment effort. The lowest the investment, the better. Allow me to explain in more detail (and without any further references to the Olympics).

Table of Contents show
1. Two Reasons Why Your First Startup Should Be Low-investment
1.1. There are plenty of viable low-investment business models
1.2. It’s almost certain to fail, so the goal should be learning
1.3. You can always invest more in the event that it goes well

Two Reasons Why Your First Startup Should Be Low-investment

There are plenty of viable low-investment business models

Perhaps the biggest reason to make your first startup low-investment is that it shouldn’t be much of a challenge. There are many ways to create businesses in the online world that don’t demand much startup capital.

Not only do you not need any office space (you can just set up a basic home office), but you also don’t need full-time employees or a company car.

If you want to set up a consultancy, the only cost you won’t be able to avoid is the hosting charge for your website. Beyond that, you can do it all for free: you can promote it manually through social media, communicate via free VoIP tools, handle your business documentation through free suites like Google Docs, and even manage your invoicing using free templates.

Even the eCommerce world has a comparably low-cost model in the form of dropshipping. You need only pay for your store site, and maybe some PPC campaigning: you don’t need to stock or even ship any products. Sure, choosing a good supplier takes time, but not money.

Anyone willing to put in the effort and engage in some negotiation can secure the vital components.

In short, no matter what type of startup you want to create, there’s a low-investment option for you… and why would you want to spend more than you can?

Even the most wealthy companies in the world don’t commit resources unless they’re quite certain that it’s warranted. It may be a cliche, but it’s true: rich people don’t get rich by spending frivolously.

It’s almost certain to fail, so the goal should be learning

I don’t mean to be overly doom-and-gloom here, but let’s be realistic: the startup world is packed at the moment. Even someone with a lot of business experience takes a risk when they start a business, so a complete beginner is going to face a massive challenge.

That challenge will likely end in failure. The startup will fold, and they’ll need to regroup.

Accepting this isn’t giving up. It’s the first step in planning a route to eventual success.

If you invest heavily in your first startup, its failure will weigh heavily on you in two ways:

If you keep your spending to an absolute minimum (putting in only what’s strictly necessary to give the startup a fair chance), then you can treat it as an experiment and a learning experience. Run it as well as you can: see what you get right, and learn from anything you get wrong.

Don’t expect to see any meaningful success. Instead, expect it to fail fairly quickly.

If that failure arrives, you won’t be too disheartened: you’ll be ready to move on, regroup, and try again. It’s all part of the growth mindset. It’s said that every writer has some terrible novels they need to write before they can get to their best work, and it’s a similar idea here: you can’t realistically become an elite entrepreneur without launching some failed ventures. That’s life.

Almost certain to fail, I said. Not certain. Stranger things have happened than first-time startup owners finding success right away, and if you have a great business idea (and plan very carefully) then it’s entirely possible that you’ll do just that. But if you do succeed, won’t you have missed an opportunity by not investing heavily? Well, not really.

If you invest heavily and things go wrong, you can’t simply take that investment back. It’s already been spent on trying to keep the business afloat – and if the entire operation sinks, there’s a good chance that there won’t be much to recover.

Some things can be kept and repurposed (laptops, software subscriptions, possibly employees), but anything spent on work for that company specifically will be close to useless.

Now sure, there’s a chance that your idea is simply ahead of its time, meaning that you could mothball the main assets, wait a few years (or even longer), and give the whole thing another chance at success – but it’s a very slim chance. In all likelihood, the branding work you went through, the custom physical and digital assets you created, will end up thrown away or left to gather dust in a storage space somewhere.

If you invest lightly and things go well, however, you can always invest more. You can raise the budget and scale up your effort across the board, generating assets when you’re absolutely sure that they’re going to be used to full effect. It’s all about handling risk. The lower the risk gets, the more you can comfortably spend.

Wrapping up, then, it simply makes no sense to invest heavily in your first startup. Even if you have impressive skills and a business plan that’s rock-solid on paper, you can never know exactly how a startup concept will perform in the real world. Start slowly and expect to fail. If things go wrong, you can regroup and restart. If things go well, you can bring in more money to take things to the next level. Good luck.

Rodney Laws is an eCommerce platform specialist and online business consultant. He’s worked in the eCommerce industry for nearly two decades, helping brands big and small achieve their business goals. You can get his advice for free by visiting his blog and reading his detailed reviews 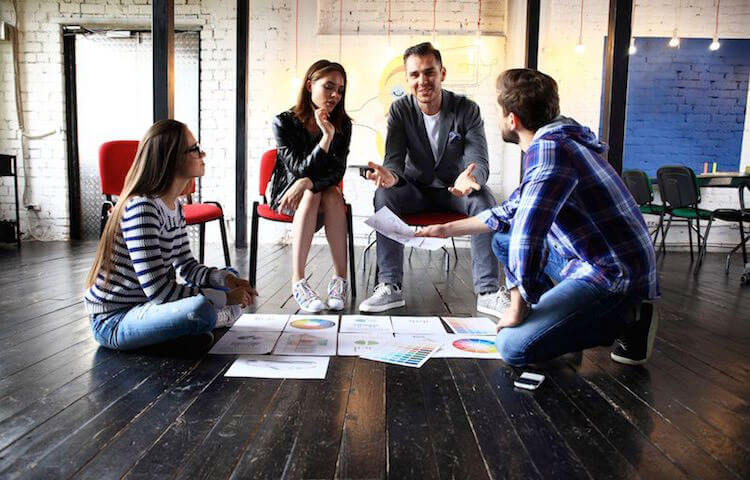 Where Small Businesses Grow Beyond Their Means 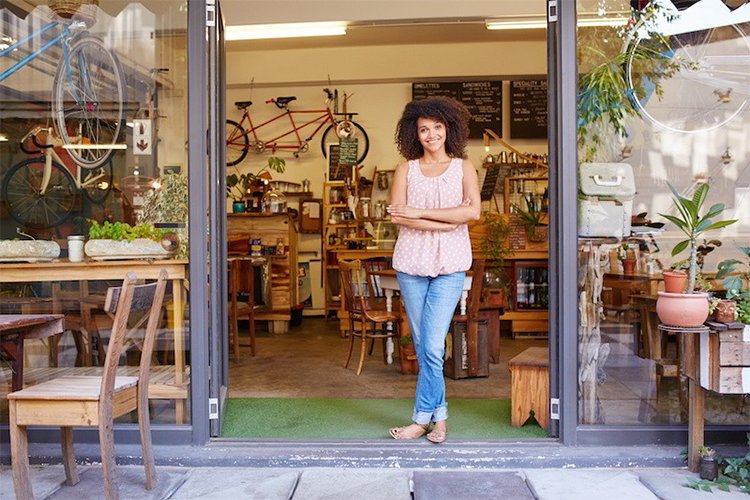 Want to Be a Successful Entrepreneur? Don’t Make One of These Common Mistakes 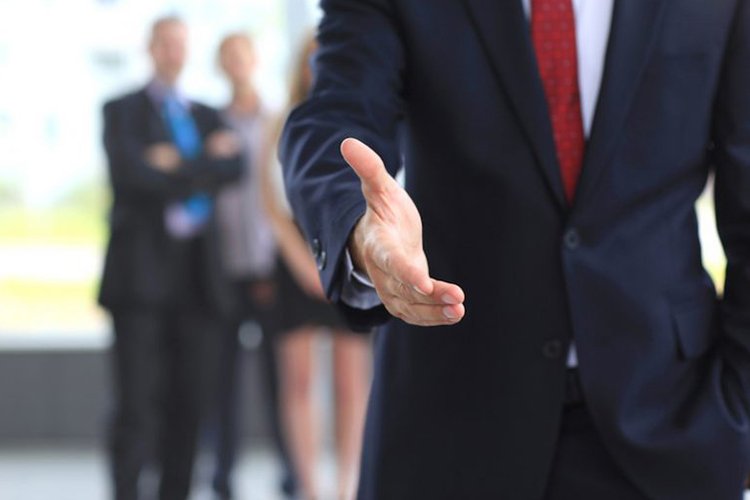